A man in Bangor, Maine who was wanted on warrants was arrested Saturday after accidentally calling 911 repeatedly on his cell phone.

Shortly before his arrest, James W. Green had been using a backpack leaf blower that  caused his phone to dial 911.

Police were able to pinpoint the location from which calls were coming by triangulating the signals from Green’s cell phone. When officers arrived, they determined that Green was wanted on two active warrants for failure to pay fines. (Info from Bangor Daily News)

Posted by Michael N. Marcus at 9:40 PM No comments:

Woman jailed for calling 911 four times to complain about manicure

A woman in Deltona, Florida who called 911 at least four times because she was upset about a bad manicure, was put in jail.

Volusia County authorities say Cynthia Colston got into a fight with a manicurist and was slightly injured with a nail clipper.

Colston says the dispute began when she refused to pay full price for nails that she felt had been cut too short. Officials say Colston made a series of calls to 911, even including one after a deputy had arrived to settle the situation.

Woman called 911 to get boyfriend to propose

A Chicago woman called 911, falsely claiming her boyfriend was attacking her.

She was not being attacked. She was just trying to scare him into proposing.

He did not propose (in fact, he was in the process of breaking up with her), and she was arrested and charged with disorderly conduct.

(Info from WBBM)
Posted by Michael N. Marcus at 9:39 AM No comments:

Woman called cops to find out if it is still Christmas

A woman in Hertfordshire, England, called the local police emergency service to ask if it was still Christmas Day and to wish the police a Merry Christmas.

She called police on December 26th. There was clearly no emergency. After nonchalantly asking the emergency call-taker how he was, she then asked: "Is it still Christmas Day?" to which the man answered "No, it's Boxing Day."

The Police decided to release the recording as part of an appeal, particularly over the festive period, not to make crank calls, as it could put someone's life at risk.

The maximum penalty for hoax call offenses in the UK is up to six months in prison and a fine of £5,000.  (info from http://www.eitb.com/)

Hear the call on Youtube.
Posted by Michael N. Marcus at 10:23 AM No comments:

Man was bored, so he reported fake crimes to 911

A man in Clarksville, Tennessee called 911 three times Sunday night to report a murder and stabbing, setting off a four-hour, three-agency manhunt involving search dogs and a helicopter.

The reports were hoaxes.

Alex Baker first called 911 at 7:13 p.m. and said he witnessed a murder. Baker gave the dispatcher a description of a man in a white car, then hung up. The 911 staff made several attempts to call the number back, but calls went to voicemail.

At 7:26 p.m., dispatchers received a second call from an unidentified man who said he'd been pushed out a door, stabbed and was in a wooded area. The man then hung up.

In the third call, at 7:49 p.m., an unidentified man said he was in the woods dying and that Alex Baker killed his girlfriend and buried her.

All the calls originated from a phone owned by Alex Baker. The calls were pinpointed to the area where Baker lived. When police contacted Baker at his home, he denied making the calls and said he hadn't seen his cellphone for quite some time.

Several police officers, plus two deputies, a K-9 team, two Highway Patrol troopers and a Highway Patrol helicopter, were involved in a four-hour search of the wooded area.

Detective Eric Ewing determined that Baker had placed the calls, making up all of alleged crimes because he was bored and anxious after not having had a cigarette in two days.

Baker was charged with three counts of false report. His bond was set at $15,000. (info from http://www.theleafchronicle.com/ )
Posted by Michael N. Marcus at 3:18 AM 1 comment:

Mother reported kid to 911 for not raking leaves

Is laziness really a crime? A mother in Norwood, Massachusetts thinks it is. When her teenaged son didn’t do his chores, mom didn’t ground him. She called the cops.

On Saturday morning, November 13 the woman called 911 after she wanted to her son to rake the leaves in their yard and he refused to do so. Police arrived at the scene and filed a report.

(info from Norwood blog)
Posted by Michael N. Marcus at 4:05 AM No comments:

A prankster in California used a falsely-registered cellphone to tie up the 911 system in Salt Lake City, Utah with 617 calls between 10 a.m. and 6 p.m. Nov. 2, The caller never spoke but wasted hours of phone time for dispatchers, who do not hang up until the caller hangs up.

Fortunately, the calls occupied just one dispatcher at a time and did not leave any legitimate callers on hold.

“Swatting” — prank-calling 911 — is usually accomplished in one of two ways. Disconnected cellphones are required by federal law to be equipped for 911 calls, leaving the number unlinked to any person. Pranksters also use Voice over Internet Protocol, which enables a user to register a number to a fake name at a fake address.

Last Tuesday’s calls were traced to California, but they were made on a number apparently registered to a fake identity at a Salt Lake City address.

In summer of 2009, a Salt Lake City schoolgirl made thousands of 911 calls over three or four months, taunting dispatchers and claiming she would never be caught. An officer traced the disconnected number to a cell tower in the girl’s neighborhood and interviewed residents with children until the caller was found.

(info from The Salt Lake Tribune)
Posted by Michael N. Marcus at 7:40 AM No comments: 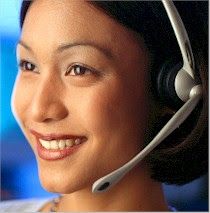 "No, I'm sorry. 911 doesn't deliver beer, or cocaine, or pot, or rescue squirrels, or help with homework or pizza, or cook hamburgers."

This blog is written and edited by Michael N. Marcus, a writer specializing in telecommunications, and president of
AbleComm, Inc, "the telecom department store."
EMAIL ME

Funny memoir "I Only Flunk My Brightest Students -- stories from school and real life" now available at Amazon.com

DialZero provides a look at what's silly, stupid or surprising in telecom.

911 Wackos provides a look at the weird 911 calls and callers.

Book Making Blog is where I discuss writing, editing and publishing -- for my readers and for other writers


WeLoveClams is for people who love clams

911 Wackos (TM pending) is a service of Able Online Media. Original material is ©2008 - 1010, Able Online Media. All rights reserved. Some material may be copyrighted by others, and will be removed upon request by copyright owner.
Some photos are for illustration or amusement only, and do not represent actual news items or people discussed. If we published a picture of you and you want it removed, please tell us, and we will remove it. Some quotations have been edited for brevity or clarity.